We dropped by in late August when they were parked outside Mount Pleasant Park and ordered their signature Maine Lobster Roll ($19) as well as a Crab Roll ($17) and added a side of Lobster Bisque ($6). 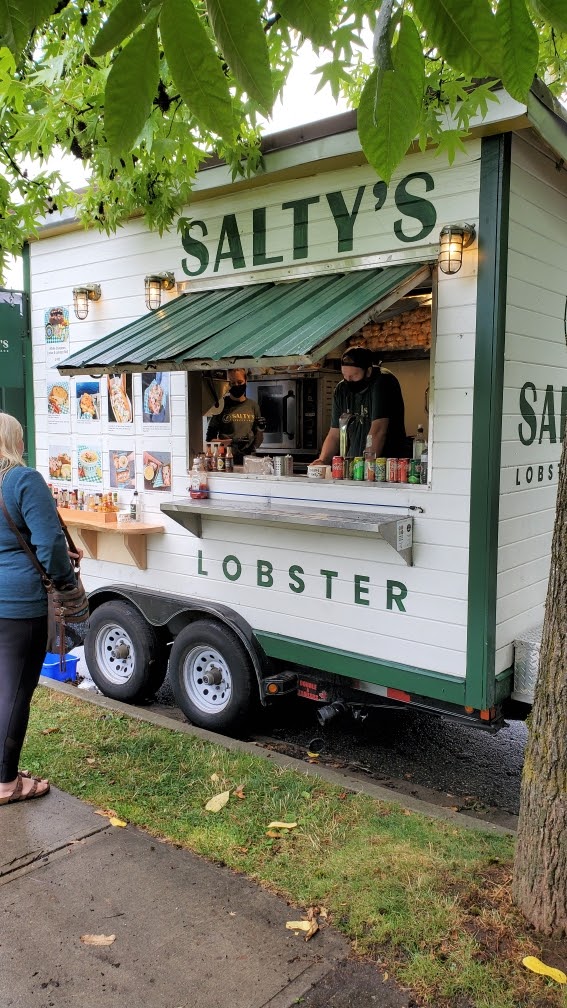 The rolls were pretty good with toasted buns that were soft on the inside and served with a generous amount of filling. The bisque actually didn’t have a strong lobster essence to it. Although it was quite creamy, it almost reminded me more of carrot than lobster bisque. The crab roll was a bit one-dimensional but probably to be expected as it highlights the natural subtle flavour of crab. 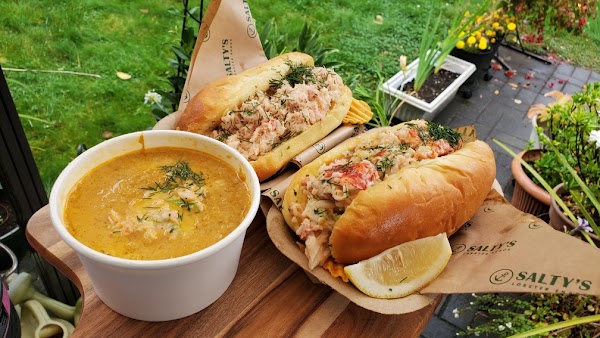 We were slightly disappointed that ours came with BBQ chips on this day as we were craving the ketchup chips that we’ve seen in other posts. Overall, however, the food was pretty good… especially since you don’t find many places in Vancouver that specializes in lobster rolls.