One of the things that we’ve missed a lot during the pandemic is going out to enjoy dim sum.. I don’t mean the crowded restaurants or the loud din from the hustle and bustle of the kitchen mixed with the incessant tableside conversations that sounds more like screaming matches instead of civilized discussions. No, it’s mainly about the food.

Generally speaking, I wouldn’t have visited Crystal Mall for dim sum in the past… partly because of the annoying circular parkade-from-hell. But, thanks to Covid, things are a little less busy and restaurants don’t squish you in as much anymore. Grand Crystal Seafood Restaurant is located on the 2nd floor (just west of the food court) and we were happy to see that all of the tables were adequately spaced out. There were still loud diners but it wasn’t too bad since there were less people.

We started out our meal with an order of Steamed Beef Rice Rolls ($6.50). The dim sum dishes are rather large here and I found the rice rolls themselves were a bit too thick. That being said, the filling was also generous so it wasn’t bad. 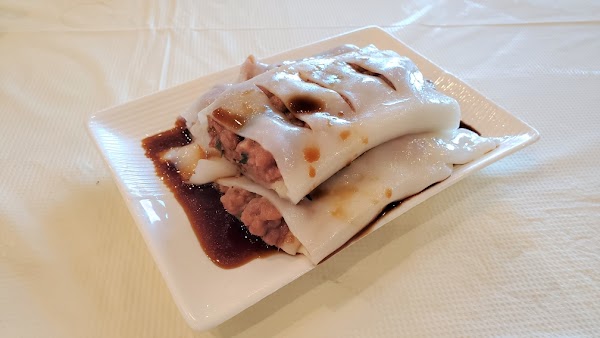 They had a special going on for lobster so we also ordered the Lobster in Sticky Rice ($29.80) served wrapped in lotus leaves. This was pretty good with saucy sticky rice mixed with corn niblets. As expected, the lobster was quite small but to be expected given the price. 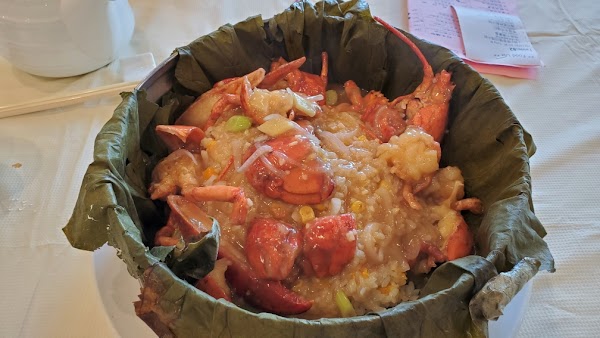 Mui Choy Kau Yuk ($10.50) is a dish that we usually order whenever we see it because I love the way the meat and fat just melts in your mouth. The one they serve here is cut thick and the meat isn’t very tender. You have to dig under the four pieces of meat to find the preserved mustard greens. Not one of the best dishes here. 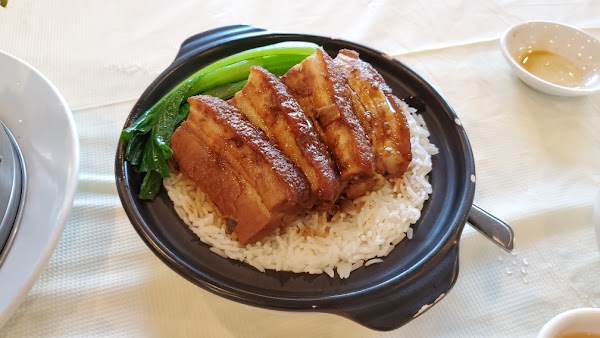 The Siu Mai ($6.80) pieces here are quite large (maybe not as large as you’d find at Western Lake but still a pretty decent size of pork and shrimp dumpling). 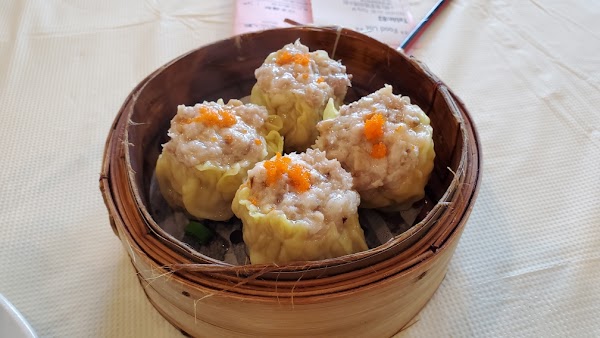 Last up was the Lychee and Coconut Jello ($5.90). This actually could have turned out to be a good dessert but I found it to be too sweet owing to the syrup that they coat it with. 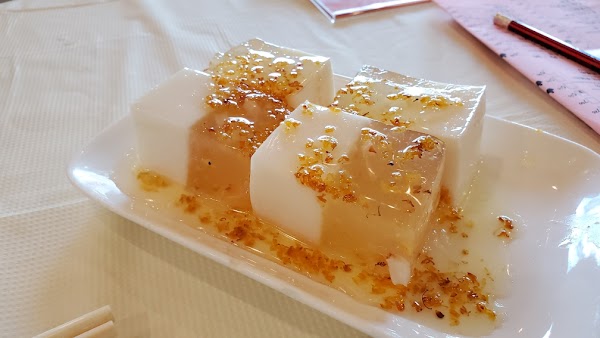 Overall, the prices are a bit on the high side given the food quality but I did like that the tables were adequately spaced out.