Recently, I noticed a Japanese place show up on my radar that’s located in a mini mall along the busy Burnaby/New Westminster border. From past experience, most of these places are just your run-of-the-mill quick sushi places that are nothing to write home about. So I was actually pleasantly surprised by the variety of Japanese fare that FusionCore serves up.

First off, this place is quite small and strictly take-out. But that doesn’t mean that they don’t have quality ingredients. I ordered their Aburi Oshi Salmon ($10.50) with torched salmon with jalapeno and special house sauce as well as a piece of Fatty Tuna Belly Nigiri and Fatty Salmon Belly Nigiri ($2.50 each). 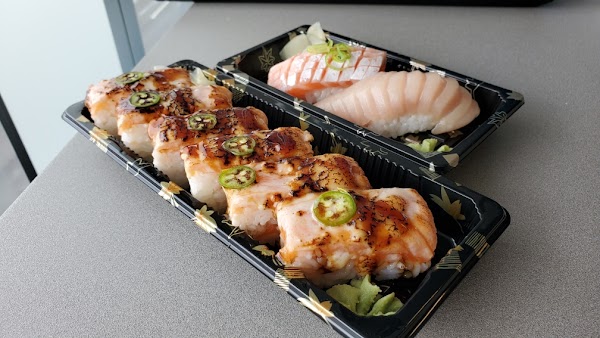 Just look at that fatty salmon belly… mmmm! On this visit, I didn’t think the nigiri was as tender as I expected but it was still pretty good. 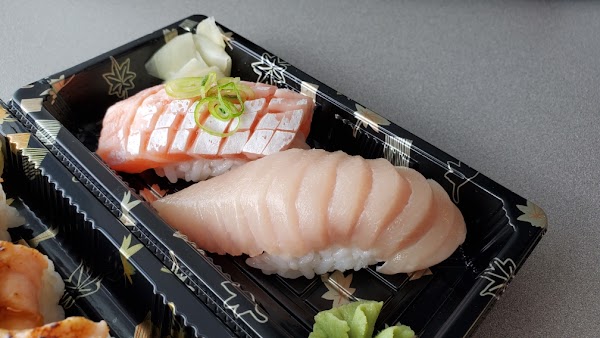 Aburi oshi sushi is a pretty trendy item in Vancouver right now and this was pretty spot on. Definitely going to try some of their other versions in the future. 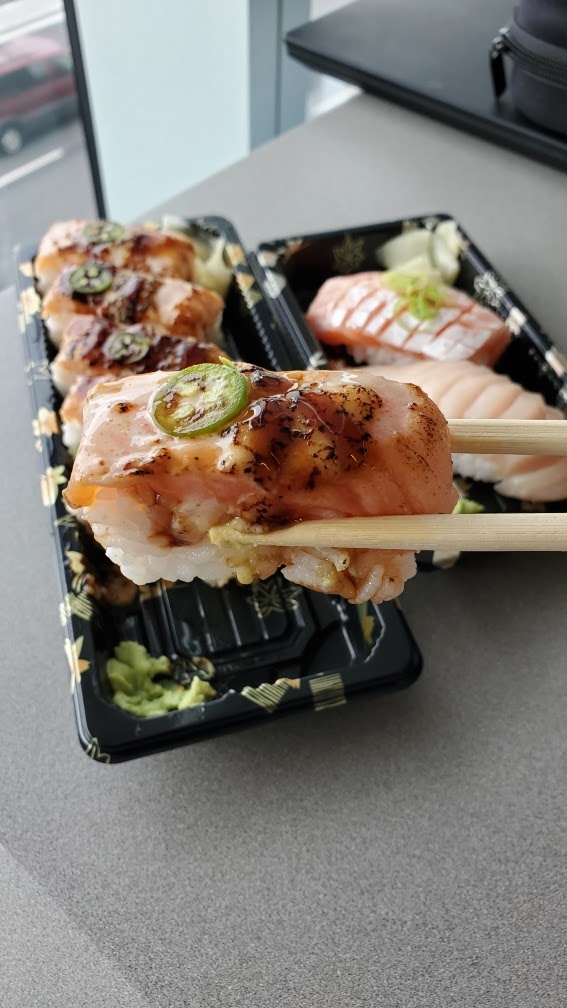 I came back a few days later to try their Assorted Nigiri ($14.95) which included octopus, fatty salmon belly, salmon, tuna, wild salmon, scallop, surf clam, and fatty tuna nigiri. I think their menu actually said that it should have included tai instead of hokkigai but the surf clam actually was pretty good. This time, the fatty salmon belly and fatty tuna belly were more melt-in-your-mouth. But my favourite of the bunch has to be the hotate… the scallop was so tender and buttery. 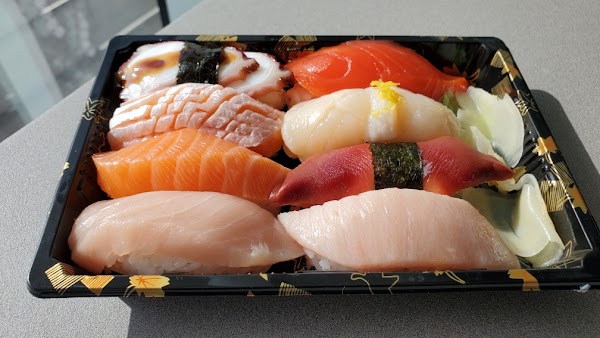 On my next visit, I tried their Aburi Oshi Scallop ($10.50) with capelin roe and avocado… a nice and creamy version. 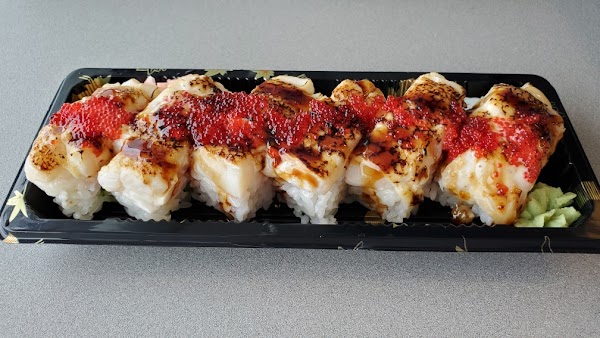 I liked their Chicken Karaage ($6.95) which had a perfectly crispy exterior with juicy boneless chicken meat on the inside. 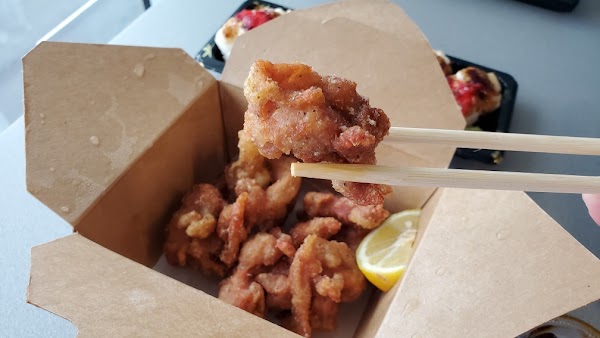 I finally tried one of their sushi rolls with a classic BC Roll ($5). A relatively cheap price for a filling roll. If I were to nitpick, I’d say that there was a bit too much rice in the roll for my liking but it wasn’t too bad. I also added a couple of pieces of Salmon Belly Nigiri and Hamachi Nigiri ($2.50 per piece) and I’ve got to say that their nigiri is pretty spot on. 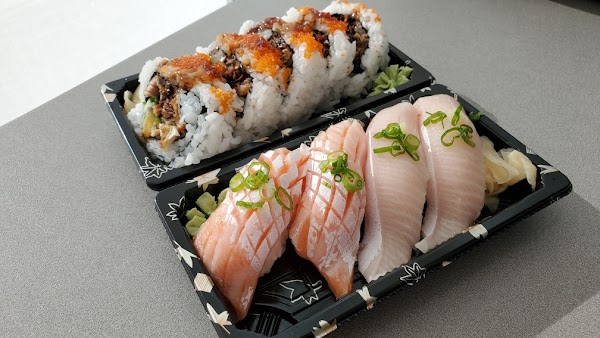 The one item that I found a bit lacking was the Pork Cutlet Curry ($12.50) that I tried in November. Now, part of this is probably because curry doesn’t travel well in take-out containers. Since they didn’t keep the curry sauce separate, it was soaked up in the rice by the time I ate it. Also, the pork cutlet wasn’t as crisp on the outside as I’d like it to be (again, probably due to the nature of having this as take-out). Also, I felt the pork itself was a bit on the chewy side. 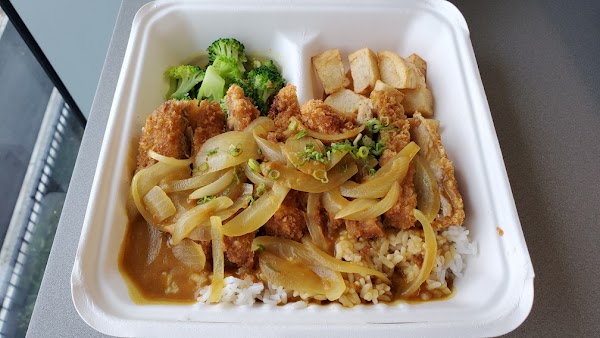 Overall, I’ve pretty impressed with the sushi and sashimi quality here and it’s a great take-out option in the area.