Been having some serious cravings for donairs/shawarmas lately (ever since that time when our fav donair shop was closed when we got there). So, when we found ourselves in the Mt. Pleasant area of Vancouver, we decided to try grabbing some donairs from a place that we’ve never been to before… Mitra Canteen.

As with most donair shops, there wasn’t too many donair options… so we picked one each of the Chicken Donair Wrap and the Beef and Lamb Donair Wrap ($10 each). I thought it was a bit odd that you couldn’t pick just “beef” or just “lamb” and that it came as “beef and lamb”. Each donair comes with hummus, lettuce, onions, tomatoes, tabouli and your choice of tzatziki or tahini sauce. We also ordered some Veggie Samosas ($1.50 each) – I know, I know… seems a bit of an odd mix with donairs.

So, the samosas were large and came with a thick but limp shell that encased the potato chunks. The flavour of the veggie filling was okay but I was a bit turned off at how soft the exterior of the samosas were. It was a little bit better after we heated it up in the oven a bit but it still never crisped up enough. 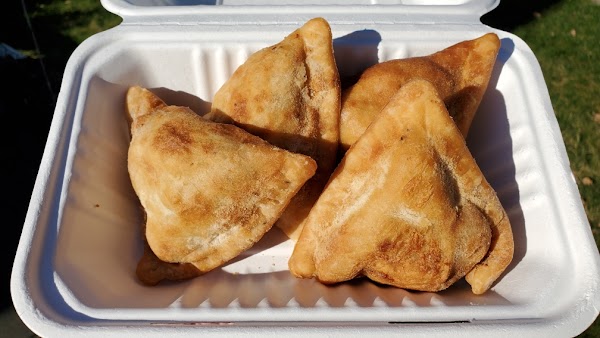 I found the donairs to be very loosely wrapped and messy to eat. One of donairs had the wrapper wrapped within the wrap so so we had to try to carefully pull that out so we didn’t bite into it. The tzatziki came served on the side – wish it would have been put inside the wrap but that probably would have taken more effort. I also didn’t really taste the tabouli in the wrap and the meat didn’t taste well seasoned. 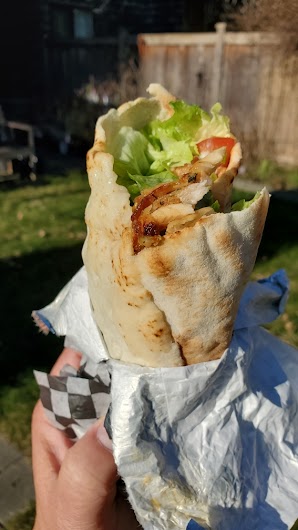 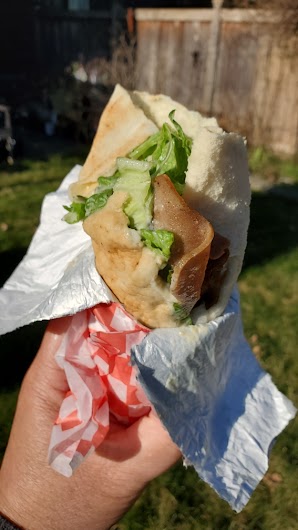 Overall, I was disappointed with the food here and thought they needed to put in a bit more effort.