So, Chirpyhut – known for their “meteorite” chicken, recently opened up in Burnaby. It seems like covid has really pushed the desire for people to eat fried chicken.

Now, you might think that Chirpyhut’s meteorite chicken is burnt but that’s really not the case. In actuality, they use squid ink to give their chicken (and their buns) that characteristic black colour. I stopped by in early March and ordered their Spicy Black Meteorite Burger ($11.55), Spicy Chicken Legs ($6.50), and French Fries ($2.99). I actually wanted to try some of their other menu items but they didn’t have a lot of options in stock (possibly because they just opened recently).

I thought that the food was a bit cold and needed reheating when I brought it home (I only live like 5 mins away) but I’ll probably have to give them the benefit of the doubt that this might be because it was for take-out. The squid ink bun was a bit on the dry side but the chicken had a nice spicy kick. While I found that the chicken itself had a nice crispy coating, the meat on the inside wasn’t as juicy as other fried chicken places and the drumstick meat was a bit stringy. 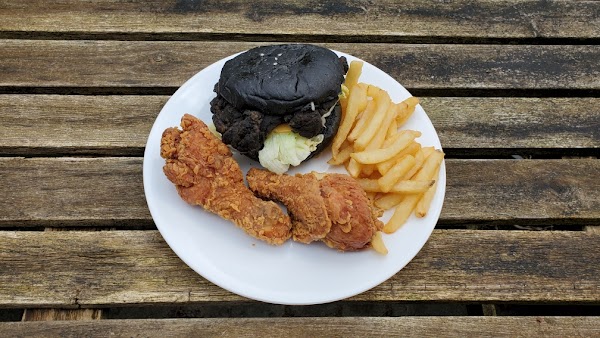 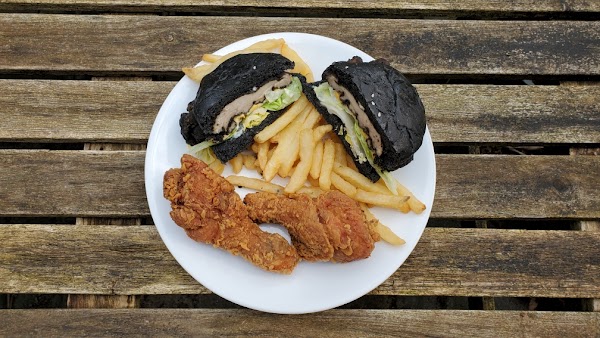 Is the “meteorite” chicken just a gimmick? Yes… but it’s a bit fun to try. One thing I will warn you is that I had pieces of black bun/chicken stuck in my teeth after I ate it so it might be a good idea to floss afterwards if you plan to go on a date afterwards.