By the time we actually landed in Narita, it was almost 11pm PST… but due to the timezone, it was actually around 4pm JST the following day (the timezone changes really messes you up so you should try to sleep on the plane ride but it can be difficult).

Since Narita International Airport is actually quite a distance from Tokyo, we wound up taking the Skyliner train into Tokyo and then transferring onto a few other trains before arriving at our hotel. Taking a taxi is too expensive from Narita but, if you’re lucky, you might be able to take a Limousine bus direct to your hotel. Since we were staying in a quieter area of Tokyo, it wasn’t served by the limo buses and the train seemed the fastest and cheapest way to get there.

The Skyliner was nice and roomy (seats are reserved and there’s room for your luggage). But once you arrive into Tokyo, you have to transfer to one of the many local trains and that was a bit of a challenge while carrying around our luggage. For some reason, they don’t have a lot of escalators in the Tokyo train stations so you’re literally dragging your luggage up big flights of stairs.

Three trains later and a quick five minute walk and we finally arrived at our new temporary home… Hotel Niwa. This boutique hotel is technically located in Chiyoda-ku but is only a few blocks away from nearby Bunkyō-ku. 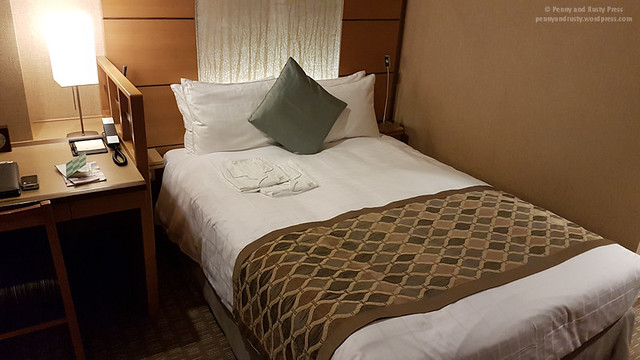 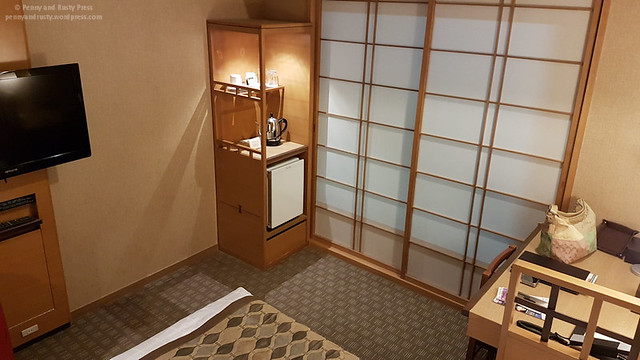 While Tokyo is often considered a city, it’s much larger than a regular city and is more like a regional district or prefecture made up of a number of smaller special wards. In fact, each of the 23 special wards that makes up Tokyo is run like self-governing municipalities and is unique in their own right. In some cases, it’s best to plan your visit based on which special ward (known as 区 or ku) or major district that you plan on visiting. For example, Ginza and Tsukiji are both major districts within the Chūō ward of Tokyo.

While Hotel Niwa might seem small compared to the hotels in Vancouver, it was actually fairly spacious for a Japanese hotel. We saw some hotels in the busier districts that looked really tiny.

After dropping off our luggage, we headed out to explore Tokyo and get some grub around the Shinjuku ward of Tokyo. Shinjuku at nighttime is a must visit while you’re in Japan. You’ll find the busiest train station in the world (Shinjuku station) and you’ll get a taste of how hectic everything is in Tokyo. Seriously, everyone seems to always be on the go in this city. We quickly noticed that it’s rare that you’ll find a seat or a bench in any public setting… people are always on the move.

Check out our post on Katsuya Shinjuku Nishiguchi where we experienced our first meal in Tokyo. This was quite an experience as we had to figure out how to order our meal using a vending machine located outside of the restaurant. 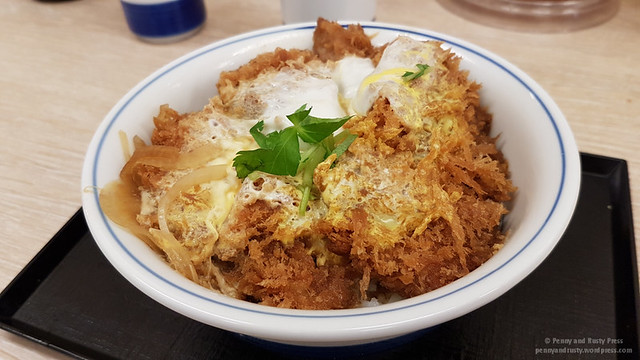 After our filling meal, we headed out to the nearby Tokyo Metropolitan Government Building which not only governs the 23 wards of Tokyo but also the whole Tokyo Metropolis. It’s about a 10 minute walk from Shinjuku station and has some of the best views of Tokyo at night. Plus, the observation decks are free of charge. Only the North observation deck is open at night but it’s open fairly late (around 10:30pm) and there are gift shops up there as well. 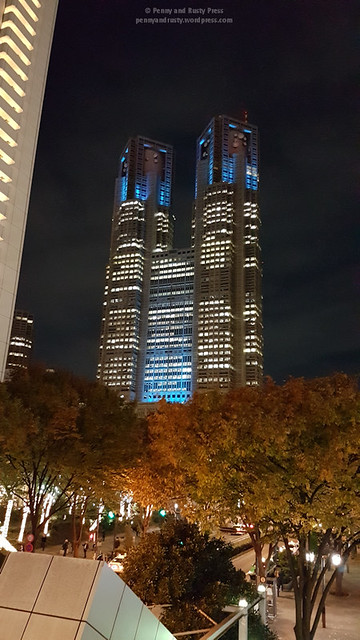 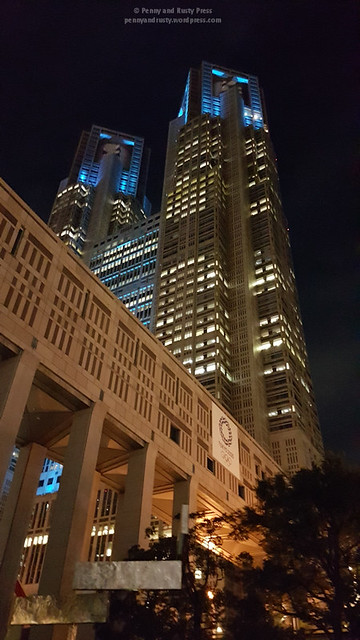 This complex is actually quite stunning at night time and grand. You almost think that you’re in Gotham. From the observation deck, the nighttime lights of Tokyo really stands out. 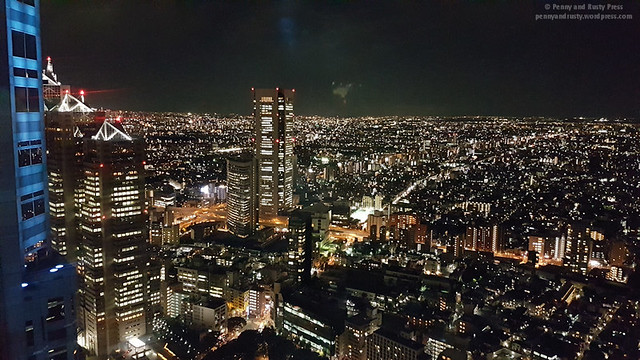 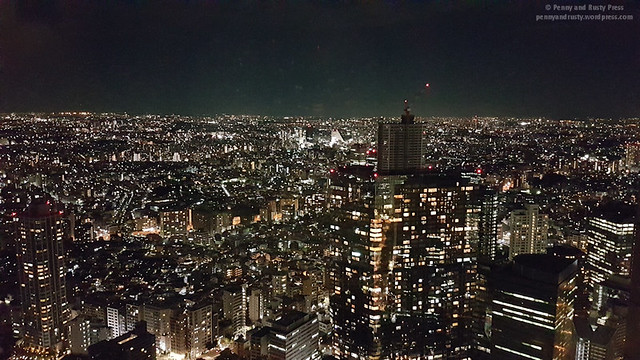