T-10 Hours: Our Flight to Japan

T-10 Hours:
Our trip to Japan began at the Vancouver International Airport and boarding the Japan Airlines 787-800 Dreamliner destined for Narita International Airport. While I’ve been to both Europe and Asia many years ago, I am much more accustomed to the shorter flights to Vegas and Hawaii. This flight to Japan promised approximately 10 hours of economy-class torture. Fortunately, the flight was actually not as bad as I thought it would be and I was able to watch a couple of movies as well as a documentary about a dude who was going around Japan on a quest to taste all of the different ramen varieties in Japan.

By far, the best part of the flight was the food that they served on board. I’m used to only getting a bag of pretzels on short flights. But on this long haul trip, there were two full meals served along with two rounds of snacks. The first meal was much larger than I was expecting… fresh fruits, a four bean salad (I still question the inclusion of a bean salad being served on a cramped airplane), udon noodles, your choice of entrée, ice cream from Mario’s, water and juice/tea/coffee. 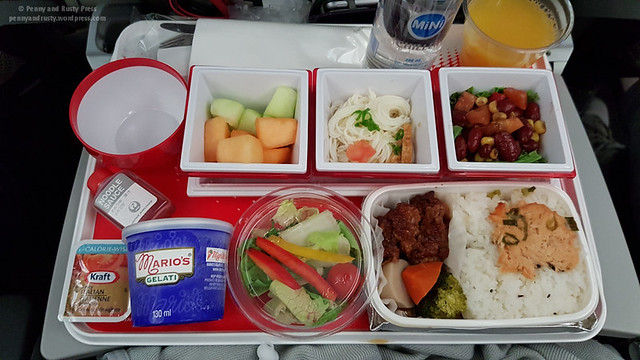 Given the time difference between Vancouver and Tokyo (Tokyo is 17 hours ahead of Vancouver and they don’t observe daylight savings time) and the length of the flight, our next meal on the airplane was served before we arrived and was equivalent to a light breakfast meal. I picked the tuna salad sandwich was served with a side of fruit and salad. 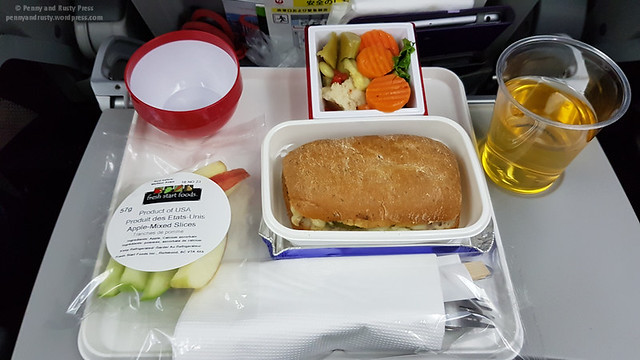