Thai Express opened up in the Metrotown food court earlier this year… it’s more like Thai-ish food that’s been modified to work in a fast food environment.

On the plus side, many of the dishes are made-to-order using their high-powered woks (unlike a lot of other food court stalls where the food is just sitting in warming trays waiting to be dished out). This does make the lineup a little longer than usual but the woks are so hot that it doesn’t take them long to stir-fry the items.

When Thai Express first came out, I really enjoyed their General Green Curry. The chicken is battered and fried giving it a crispy exterior and everything is mixed together with the green curry sauce, peppers, onions, basil, and eggplant. Over time, I’ve noticed that the quality of some of their outlets has gone down… sometimes the chicken isn’t as crisp as it should be. Still, this is my go-to dish when I dine here. 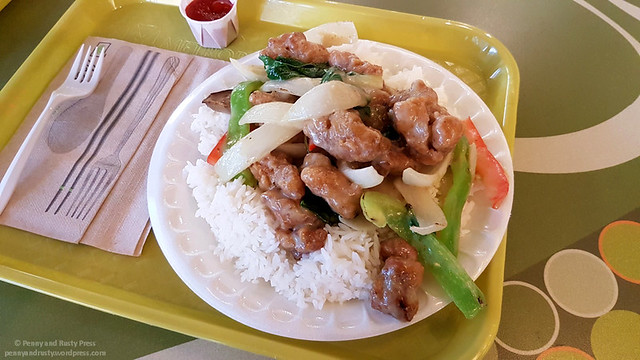 Their Pad Thai with Chicken isn’t exactly pretty to look at but it’s fairly tasty. It doesn’t really remind you of any traditional pad thai dish… it’s more like a regular plate of noodles. 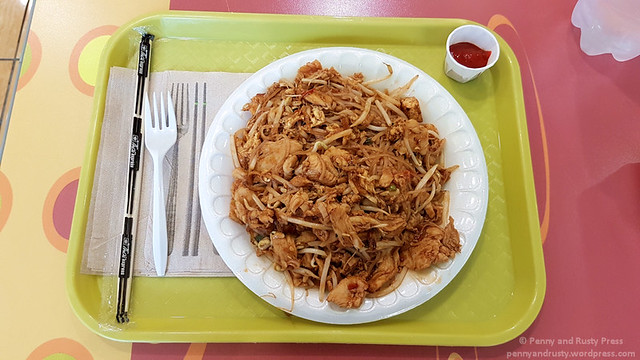 If you’re looking for traditional Thai food, probably not going to be happy here… but the food’s still pretty good for a food court stall. Just remember that, while their take-out containers are those cute little boxes, it holds less food than what they would normally give you on a plate.