In late November and early December 2017, we returned to Japan and partook in both the Autumn Foliage and Winter Illumination that the Land of the Rising Sun had to offer. This time around, instead of just visiting Tokyo, we decided to add Osaka into the mix.

First up is our actual travel to Tokyo. This year, we planned on starting in Osaka and then working our way back to Tokyo before returning to Vancouver. Good plan but, for some reason, there weren’t any direct flights to Osaka. Instead, we wound up flying direct to Tokyo and then taking a transfer to Itami Airport in Osaka (the flight time is about 10 hours to Tokyo and then about 1 1/2 hours to Osaka). Since we arrived on an international flight into Narita, we had to pass through immigration and customs before picking up our bags and waiting for our transfer flight. 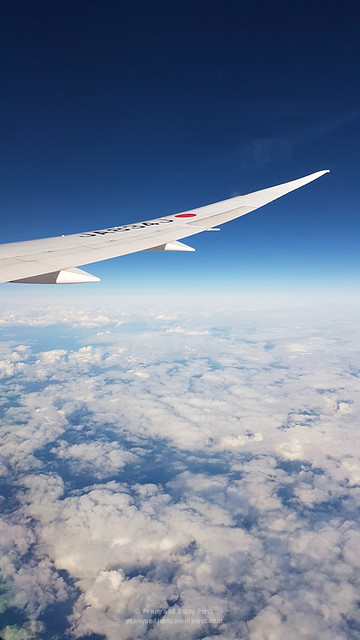 One of the things we look forward to when flying on Japan Airlines is their in-flight meals… so much better than what you’d get on a western airline. On our flight to Tokyo, we had the option of salmon or pork with rice along with macaroni salad with corn and black beans, cold soba noodles, salad, fresh fruit, and vanilla ice cream. We also had a lighter sandwich meal towards the end of the flight and a couple of rounds of snacks to tide us over. 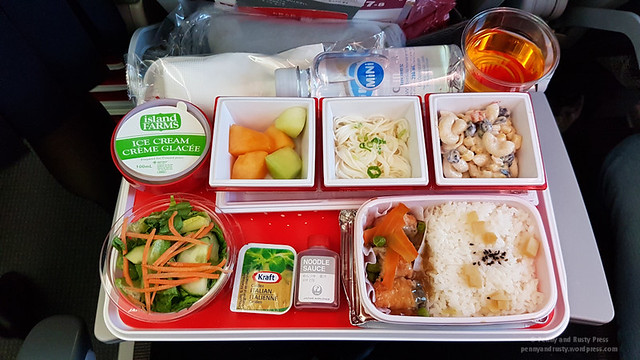 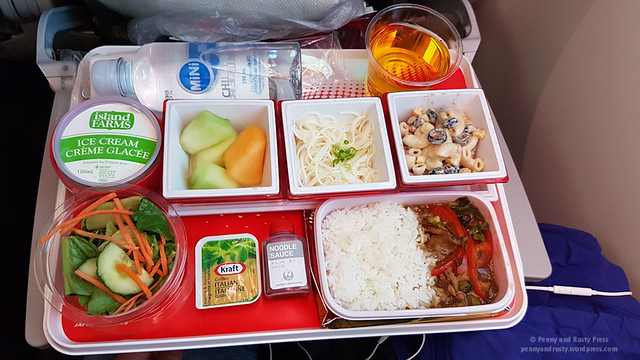 Itami is the name of Osaka International Airport, which, ironically, only handles domestic airport traffic. If you’re flying into Osaka from a direct international flight, you’ll probably wind up at Kansai International Airport. Air traffic was busy arriving at Itami so by the time we actually reached our hotel, it was about 15 hours after leaving Vancouver. With the 17 hour time difference between Japan and Vancouver, that meant it was almost 11pm the following day!

Although we were a bit lost after getting off our train, we managed to get a glimpse of the Winter Illumination that Osaka offered along Midosuji Street (one of the major north-south arterial roads in Osaka). 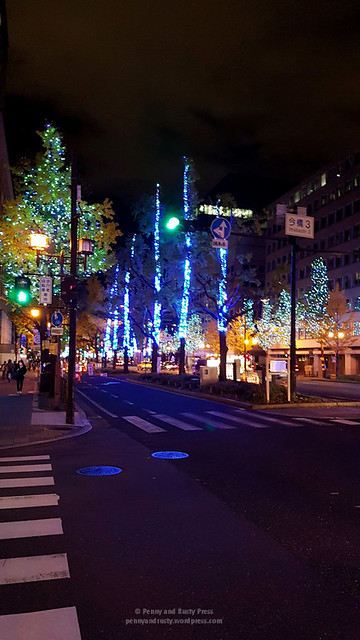 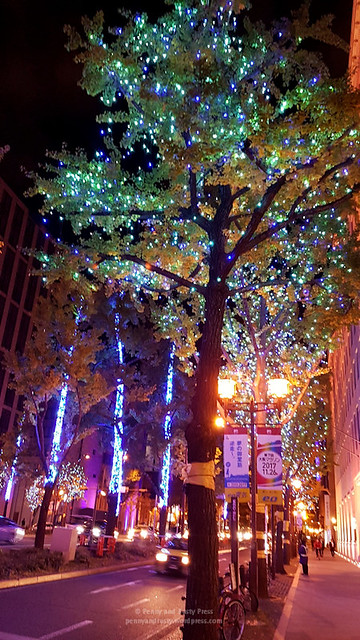 We had some difficulty when we were looking for hotels in Osaka (we found out later that there was a marathon scheduled during our stay so most of the hotels were booked up). We wound up staying at the Daiwa Roynet Hotel Osaka Kitahama which is a business hotel that’s located close to Kitahama Station (right above Exit 6 of Kitahama Station on the Sakaisuji Line) and within walking distance of Osaka City Hall and Nakanoshima Park. 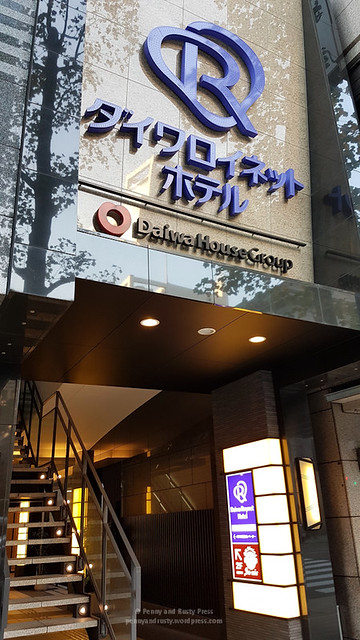 The room size wasn’t too bad (for Japan)… probably just under 200 square feet. To save room, the bed is pushed up against one side of the wall so that does make it a bit difficult for the second person to get out of bed. There’s a small mini-fridge as well as a tv and kettle but there wasn’t an in-room safe. The interior decor was a bit sparse with drab colours but, overall, I think our hotel room was pretty good. The best part, of course, was the bathroom with their fancy toilet. 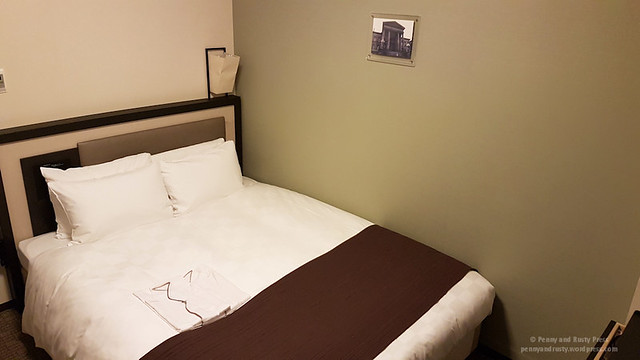 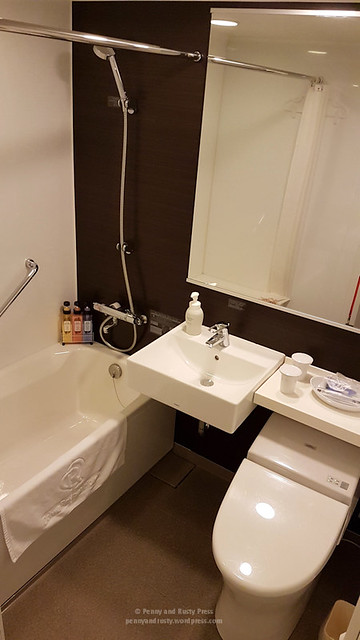 Stay tuned as we plan to update the rest of our trip over the next couple of weeks.