While visiting nearby Thai Escape on Joyce Street back in August, I saw a new Burmese restaurant. Since I’ve never had Burmese food before, I made a mental note to come back and try them out one day.

Of course, I grabbed a take-out menu so I’d know what to order. The following week, I tried to call them up for a take-out order but whoever it was that answered the phone hung up on me.

Not completely deterred, I stopped by in person later in the week and was finally able to get my order in. As it turns out, many of the items that were on their menu previously have been cut so they can focus on a smaller set of dishes. 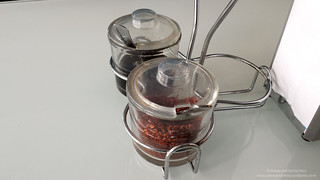 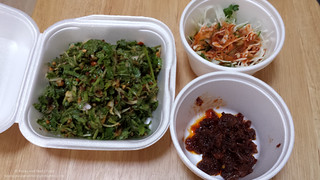 The Myanmar Biryani ($9) with curry chicken was probably the best of everything that we tried. The rice was soft and fluffy with tender separate grains and a fragrant punch.

The Beef Curry ($8) was okay. It had three large pieces of beef and came served with regular rice. However, I was spoiled earlier with the flavourful biryani so the plain rice paled by comparison. 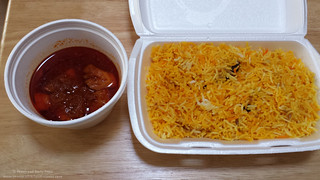 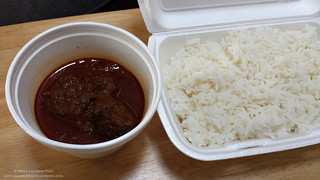 Last up was the Beef Fried Noodles ($8). With onions, cabbage, shredded carrots, bean sprouts and cilantro, the weakest part of this dish was the beef as it was a bit tough. 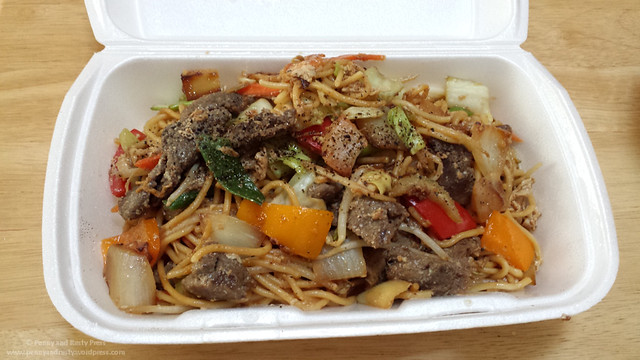 Given the close proximity of Burma (or Myanmar as it’s now known) to India, China, Laos and Thailand, it makes sense that many of the flavours of Burmese cuisine seem to be influenced by these other cultures.