One of the problems with eating out so often is that I’m always interested in trying out new restaurants but there’s just so many different cuisines that you find in Vancouver. Take, for example, Burmese food… I think the last time I had Burmese food was at the short-lived Wahh Tea on Joyce.

Located on Victoria Drive, Amay’s House is a Burmese/Asian restaurant that sounded interesting from some of the reviews that I read online so we decided to visit in late June). Now to be fair, I think that most of the items that we ordered weren’t strictly Burmese and may have had a more generic asian theme.

First to arrive at our table was the Prata ($5.50) with potato curry. Roti prata is basically the same as roti canai (which is more well known in Vancouver Malaysian restaurants) “prata” meaning “flat”. The folded prata did have a decidedly flat appearance but had plenty of crispy flakiness to the bite. I think I’m more used to the Malaysian version which is a bit more airy and doesn’t include potatoes in the dipping sauce. 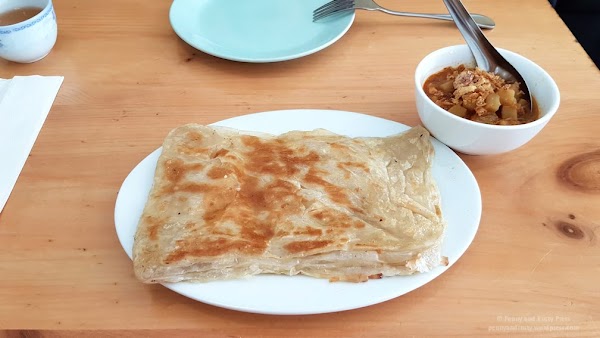 The Fish Cakes ($6.50) made with fried boneless cod was actually pretty good but I felt like their housemade sauce actually needed more actual “sauce” to dip the fish cakes in. 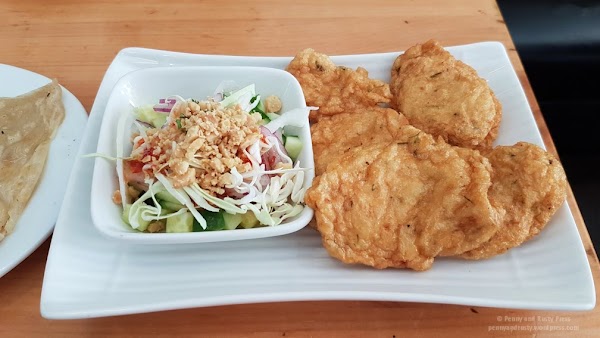 The Mee Goreng ($10) was a bit plain with a basic stir-fry of noodles with a sweet soy sauce. There was adequate wok heat to give a slight hint at the caramelization process but this dish was a skimpy with the toppings. 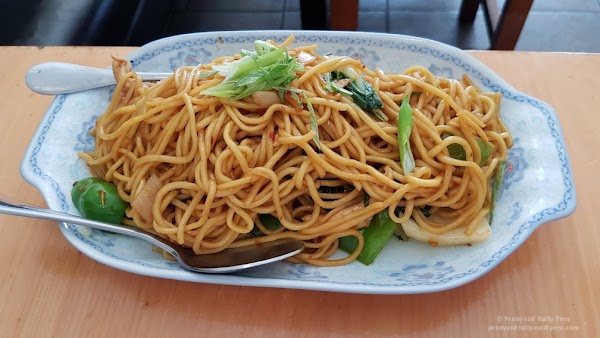 Last to arrive at our table was the Beef Rendang ($10.50) which was a relatively dry dish. I was really expecting the marinated beef to be more fork-tender than it turned out. 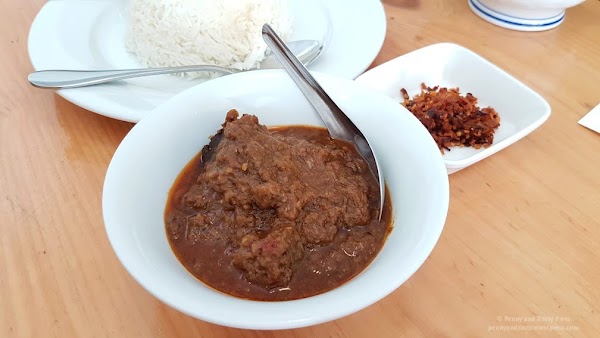 Overall, the food that we had here was nothing special… perhaps their Burmese dishes are better. We didn’t stay long because it was absolutely sweltering inside this restaurant.