Disclaimer: I originally wrote this review back in late October 2017 but I’m just getting to posting it due to a backlog in old posts and our Japan trip)…

A new ramen shop has popped up in Vancouver. Yes, I know, that’s not exactly earth shattering news given the number of ramen shops around town. Ichikame Shokudo is a tiny shop located on Victoria Drive in south-east Vancouver.

I’m always a bit skeptical about the hype around new restaurants… especially the ones that have a heavy sponsored content on social media. Obviously, they’re trying their best to showcase their wares. And while some are honest about their reviews, I always take glowing reviews with a grain of salt.

With that in mind, we showed up to Ichikame Shokudo on a Friday at around 11:15am. I mention this because their website clearly states that they were open at 11am. When we arrived, we found their shop was closed and the waitress inside said that they won’t be opening until 11:30am. Not off to the best start but we waited patiently and came back 15 minutes later.

In addition to ramen and rice bowls, Ichikame Shokudo also offers yukikaze liquid nitrogen freeze desserts and cold drinks. We ordered the Matcha Lychee Yogurt ($4.95). While it’s not much to look at, it was actually quite good and had a distinct lychee flavour to it (with a very muted matcha flavour). 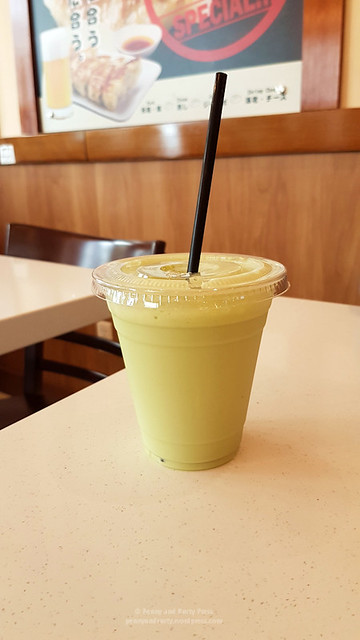 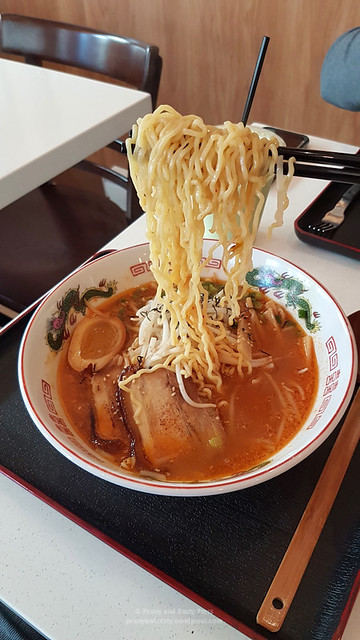 As for our meal, we decided to go with the Spicy Ramen ($10.95) and the Pork Belly Samurai Rock ($12.95). The ramen comes with half an egg, two slices of pork chashu, menma (bamboo shoots), bean sprouts, and green onions in a spicy broth. I found that the broth was slightly spicy but not overly so and lacked a glossy sheen that’s apparent in the picture of the menu. The boiled egg was pretty good with the yolk still slightly soft but the ramen noodles themselves weren’t too special and were too hard. Likewise, the thinly cut pork chashu wasn’t as tender as you would expect it to be. 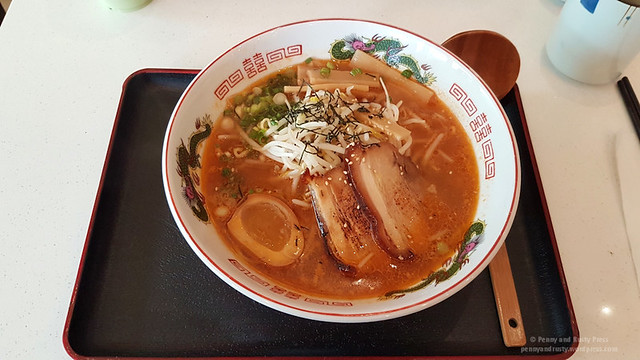 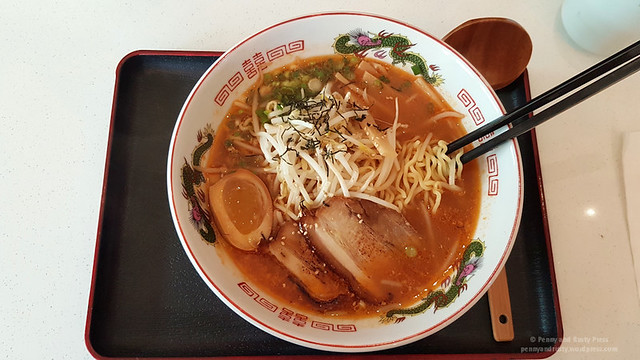 The Pork Belly Samurai Rock is a rather large bowl of rice with braised pork belly slices, green onions, sesame and pickled radish with a egg on top. As it’s served in a hot bowl, the rice on the bottom forms a super crunchy texture (which I did enjoy). Given the amount of rice in the bowl, I found this dish to be quite dry and think it could have used some sauce. While they say in the menu that the egg is poached, the yolk was completely cooked so it didn’t prevent the rice from being dry. 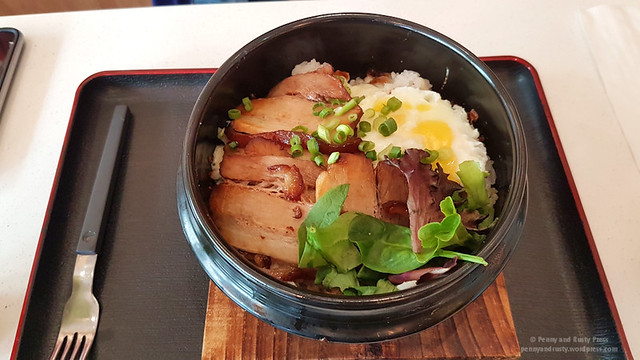 Last up for us was the Spicy Cheese Gyoza ($6.95) served on a hot plate. As expected, the hot plate did indeed keep the gyoza warm at the table, but I found the gyoza weren’t that great. The skin lacked any crispness and the filling was dry and bland. The cheese melted lightly but then quickly hardened while on the hot plate and didn’t add any flavour to the dish. 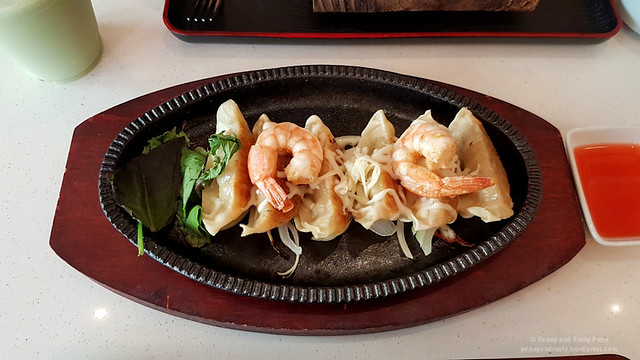 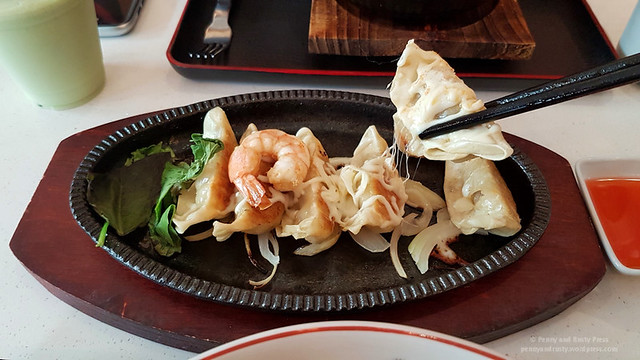 Overall, fairly mid-level eats here. What I did really like, however, were the bowls they used for the ramen. Unlike many places that just use a simple white or black colour bowl, the ones used here had a pretty design on the inside of the bowl.