Poke… Is it a coincidence that Poke (the Hawaiian-inspired cubed fish dish) became popular in Vancouver around the same time that Pokemon Go took the world by storm? In any case, I’m not complaining.

We visited in early August when they just introduced their new Poke Rollers (yup, you guessed it… burrito-style poke). As they were still fairly new when we visited, I think they were still working out the kinks in their food and service. 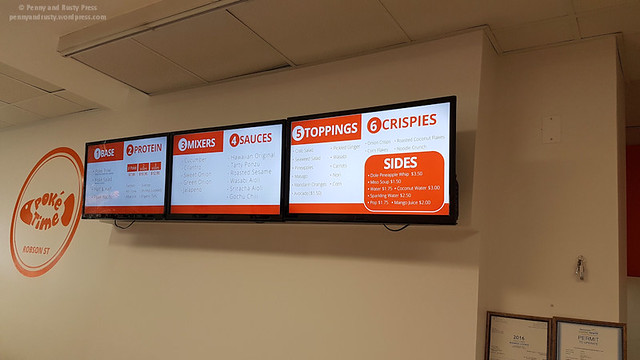 The thing about Poké Time is that they encourage diners to create their own poke bowls by giving them an extensive list of items to customize their order with. The good side to this is that you get what you want. The downside is that ordering can get a bit confusing… especially if you don’t know what you want. The other downside is that they didn’t (at least not during our visit) have any pre-marinated seafood… and as you know… that’s what makes poke really stand out. 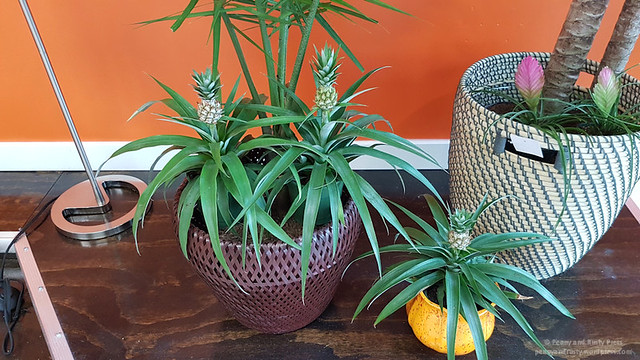 The interior design of this shop is fairly basic but they do have Hawaiian-inspired (read “pineapple”) decorations dotting the restaurant. This isn’t really a sit-down location (although they do have a long counter on the back wall with seats). I think they must be more geared towards take-out or people looking for a quick bite.

One of the things that I like is that they serve Dole Whip here (although they need to work on their skills with the Dole Whip dispenser (this just looks a bit sad). 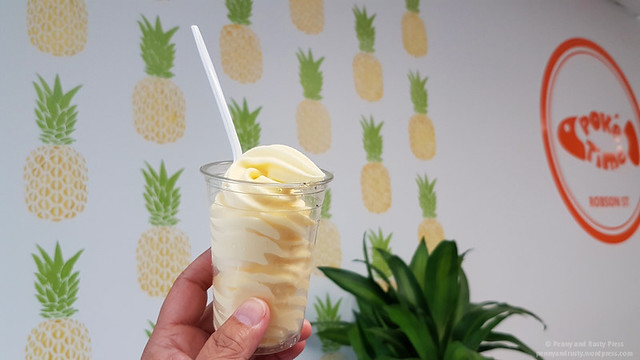 They had just introduced their Poke Rollers when we arrived so they were still trying to figure out the best way to roll them. It’s basically like a giant sushi roll but instead of slicing the roll, they cut it in half and you eat it like a sushi burrito. 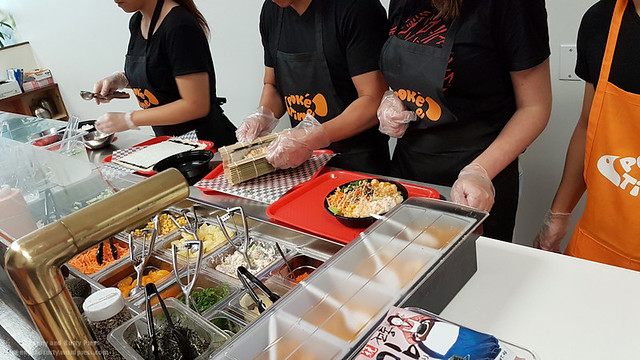 We ordered a Scallop and Ahi Tuna bowl as well as a Ahi and Salmon Roller. 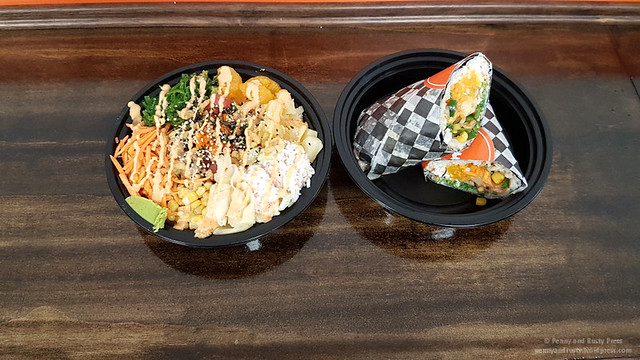 The poke burrito is actually quite messy to eat as the sauce drips right through. 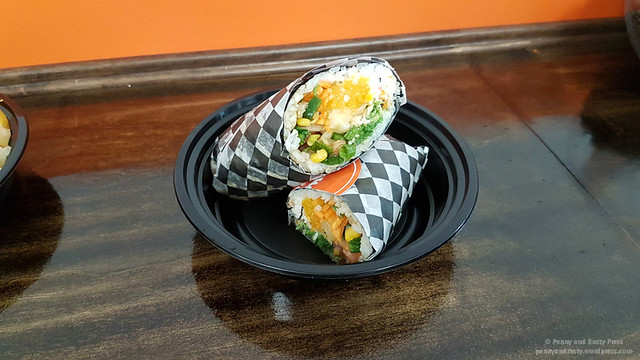 I added everything onto my poke bowl and had them use the Hawaiin sauce and topped with sriracha aioli. The poke bowl was pretty good but it’s not at all like the poke that you get in Hawaii. Since they only mix the cubed fish with the sauce when they make your bowl, there’s not enough time for the fish to marinate in the yummy flavours. They really need to pre-marinate their poke. (Note: I’ve heard that they’ve started to pre-marinate some of their poke so I’ll have to come back and try that). 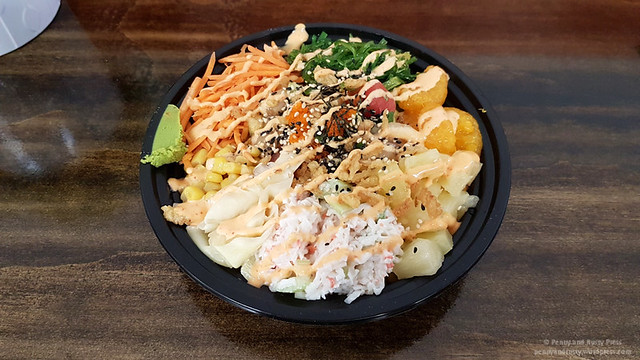 Overall, the food is pretty good here but if you’re looking for something that matches what you’d find in Hawaii, you might be disappointed. Also, they still need to work on the execution of some of their dishes (at least from our visit). If you like being able to customize your own poke bowl, this is a place you might want to check out.