Every now and again, a new restaurant opens up in Vancouver that seems to nail it. When I first saw pics of Botanist (located on the 2nd floor of the Fairmont Pacific Rim), I knew this was going to be one of those restaurants. Unfortunately, it’s taken us this long to actually visit.

Botanist is interesting in that the restaurant has a number of different spaces to dine in such as the bar, the garden terrace, dining room, and lounge. For our anniversary dinner, we wound up at the garden terrace and were surrounded by greenery and lots of natural light streaming through the windows. We started our meals with some drinks… the Poetry in Motion ($16) made with Vodka, Grapes, Elderflower, Rhubarb, Lemon and Bubbles as well as the Garden of Qarth ($16) made with Mezcal, Verde Cordial, Lime, Ricard, Sparkling Water, and garnished with fresh Fennel. Interestingly, their drink menu gives a tag line for each drink – the Poetry in Motion was “Dance like nobody’s watching” and the Garden of Qarth was “Seeds, water, soil and sunshine, celebrate the garden”. 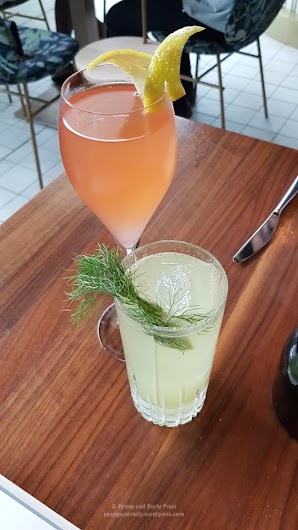 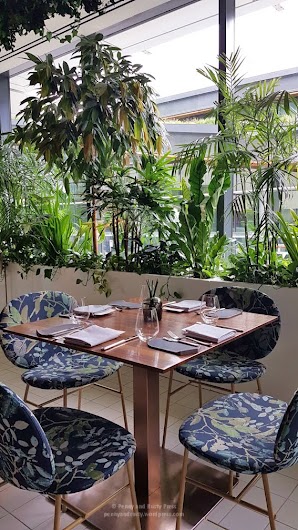 First up was some complimentary house-made fougasse bread and butter. This type of flatbread has slashes cut into it which makes it resemble an ear of wheat. 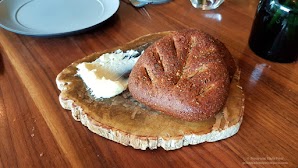 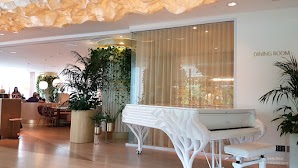 We shared the Pan-Seared Scallops ($22) as an appetizer. This dish, like all of their dishes, is beautifully presented with perfectly seared scallops accompanied with red onion, green apple, guanciale (cured pork jowl), and modeira jus. 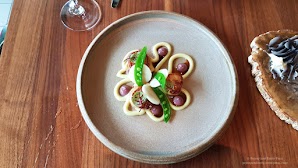 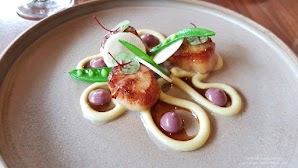 The large piece of Seared Sablefish ($42) was a bit difficult to see as it was hidden under the puffed tapioca which was used to carry the fermented vegetables. Served tableside, the waiter poured the white onion nage broth onto the dish which went quite well with the buttery sablefish. I suppose they perched the puffed tapioca on top of the sablefish to keep it nice and crispy as once it touches the onion nage, it absorbs the liquid and turns a bit mushy. 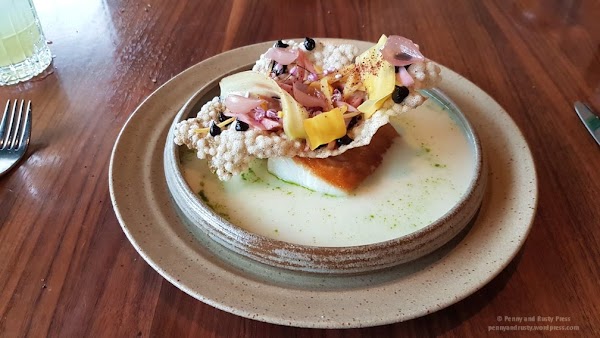 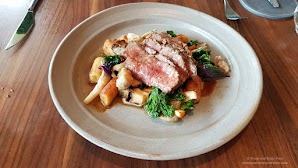 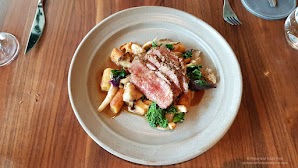 A nice touch was that they presented us with a hand written anniversary card at the end of our meal. 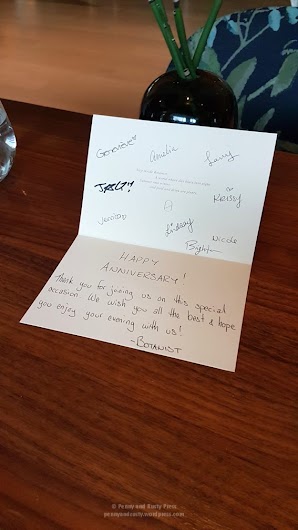 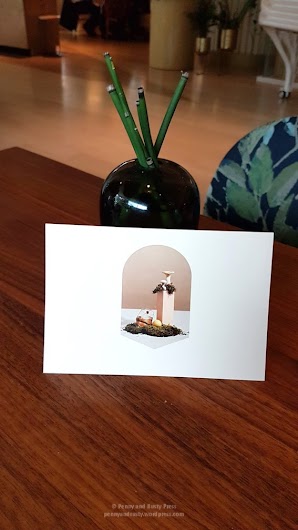 We ended our meal with the Croissant Perdu ($12). In France, French Toast is called pain perdu which means “forgotten bread”. I suppose the same concept applies here but with croissant instead of regular bread. But don’t expect to see anything which resembles a croissant in this dish. Instead, the delicately sweet graham cookie ice cream, along with the raisin compote, was served within a circular graham cookie ring on top of the croissant perdu. Our waiter then poured the calvados mascarpone drizzle over the ring. Visually stunning but, even more importantly, amazingly delicious. 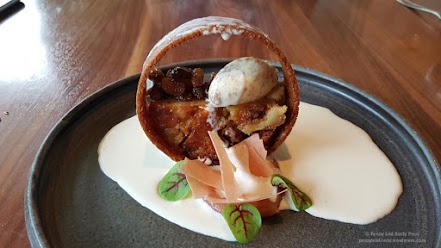 Not sure how they manage to present such visually appealing and delicious dishes in such a stunning atmosphere while remaining unpretentious but they really nailed it here.