Recently, I noticed a place called Dong Tai Xiang Shanghai Dim Sum open up on Cambie Street in Vancouver. Normally, I’m more of a Cantonese-style dim sum goer but there are certain specific Shanghai dim sum dishes that, when done properly, are amazing. One of the more well-known Shanghai dim sum dishes is the pan-fried pork dumplings (alongside the similar steamed pork dumplings) which is famous for the hot and soupy filling that’s found inside the dumplings.

While I generally prefer the steamed variety over the pan-fried variety, I heard that Dong Tai Xiang specialized in pan-fried dumplings so we wound up coming here in early December. This place wasn’t very busy when we visited and that may be due to their limited menu offering.

Before we get to the main event, we ordered the Dried Shell Shrimp Spring Onion Noodles served with Egg Skin Soup ($12.50). Basically, it’s a fairly dry noodle dish with dried shrimp and green onions and served with a soup with thin slices of egg. Truthfully, not very much going on here. 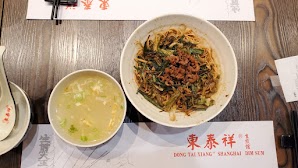 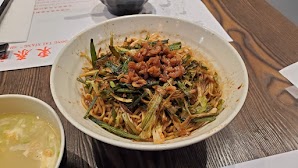 The Spring Rolls ($11 for 5pc) were a bit interesting. The pork, cabbage, and mushroom filling was piping hot and oozed out as you bit into it. 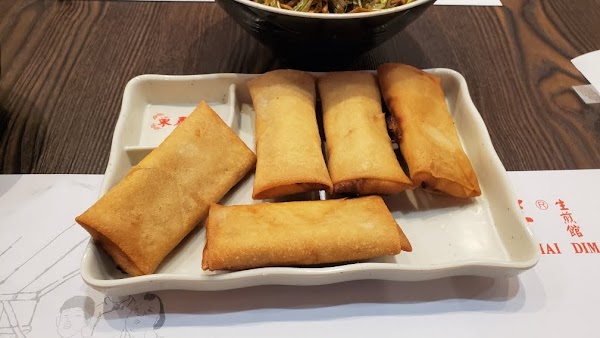 We decided to order both their Pan Fried Steamed Minced Pork Buns ($6.99/4pc) and Pan Fried Steamed Minced Pork and Shrimp Buns ($8.50/4pc). The buns, much smaller than other versions that I’ve had before, had aggressively crispy bottoms while still retaining a fluffiness to the rest of the bao. Inside, I found the filling to be quite small but steaming hot with a serviceable amount of soupy goodness on the inside. Overall, I thought they nailed the crispy bottoms but the filling could have been meatier and juicier. 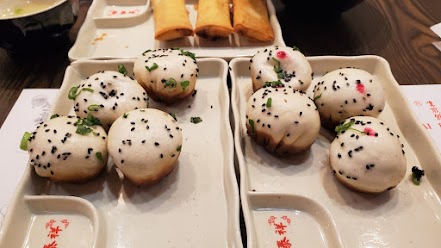 As far as the menu goes, aside from the pan-fried dumplings, there’s not a lot of dim sum dishes aside from various noodle bowls.