Last year, I did a round of all of the Thai restaurants in the New Westminster area and I was pleasantly surprised by some of the shops. Earlier this year, I noticed a newish Thai spot that opened up on Carnarvon St (near the Skytrain station) called Van Thai. The interior is spacious but a bit on the dark side with minimal decor (partly due to the dark wood coloured chairs, tables, and chair railing).

On my first visit, I tried their Lunch Combo B ($14) which included Green Curry Chicken, salad, and Thai Golden Bags. The deep-fried golden bags were tightly wrapped around the filling and had a nice crispness to the bite. I found that the salad was swimming in a bit too much dressing for my preferences. 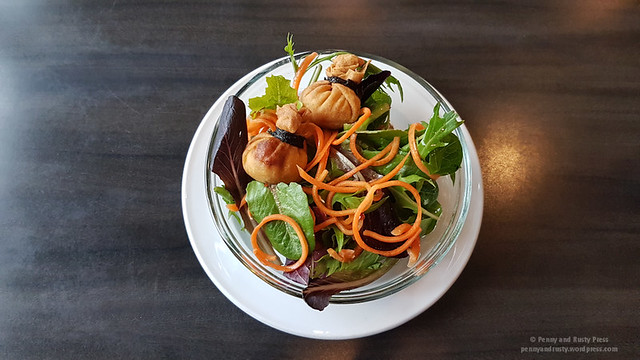 As for the green curry chicken, it came with corn, bamboo, eggplant, onions, and carrots with surprisingly tender pieces of chicken. The curry sauce itself was a bit on the watery side and was more of a pale grey/brown colour. I’ve been to some restaurants where the green curry turns out with a bright green hue and other places where it’s more of a greenish/grey colour… it didn’t bother me too much. However, it wasn’t as creamy of a curry sauce that I’m used to. 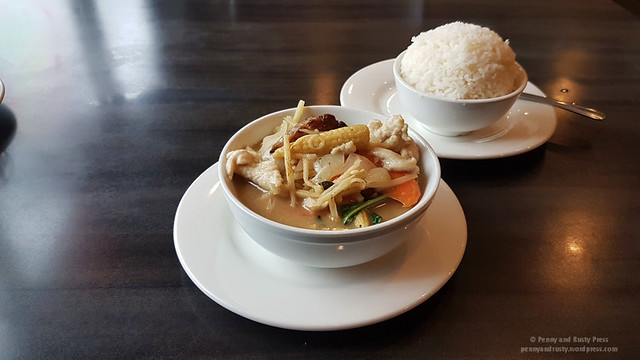 On my next visit, I tried their Set D Combo ($16) which again was served with an organic salad but, this time, with the addition of fried Fish Cake. The fish cake turned out quite well and offset the tart vinaigrette used in the salad. 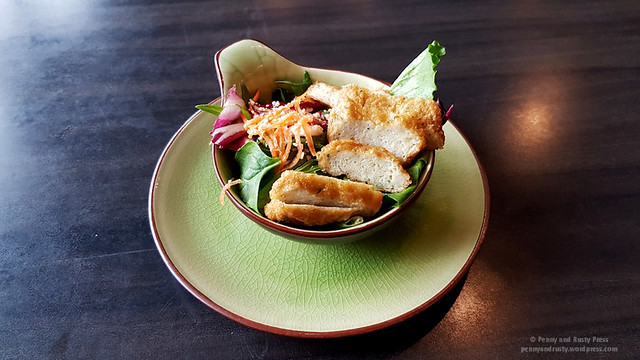 The Penang Curry Chicken that came with my combo had the same tender pieces of chicken that I had in my last visit. This sauce was thick and had a nice spicy kick to it. In addition to the chicken, the bowl contained baby corn, red and green peppers, peas, and bamboo shoots. I definitely preferred this over the green curry chicken. 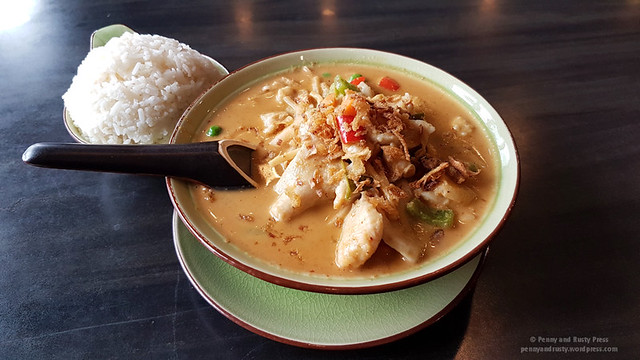 On my subsequent visit, I wanted to try their Pad Thai ($16) but I also wanted to try their Rendang Beef Lunch Special ($10) so I ordered both. I opted for the chicken version of their pad thai and I have to reiterate… they really know how to cook their chicken here. The morsels of chicken were perfectly tender (I hate when chicken is too dry). The pad thai itself was okay… a typical westernized version of the dish but still tasty. 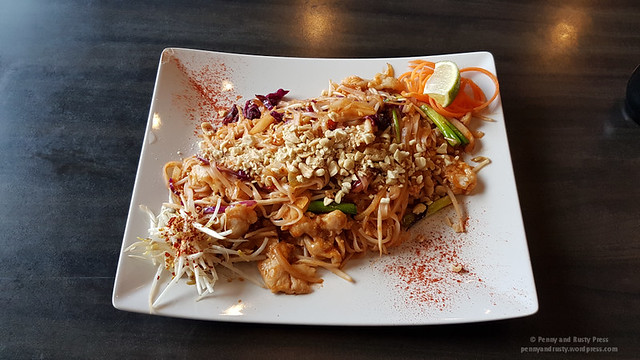 I asked for a medium spice level on the rendang beef and that turned out to be fairly spicy. The aroma of this dish was the first thing that I noticed when it arrived at my table… love the spices that waft through the air. The beef itself was nice and fokr-tender and swimming in an intoxicating thick, rich, curry sauce. The only downside was that they leave the star anise and lemongrass in the bowl so I had to pick those out. Definitely a good pairing with a big bowl of rice. 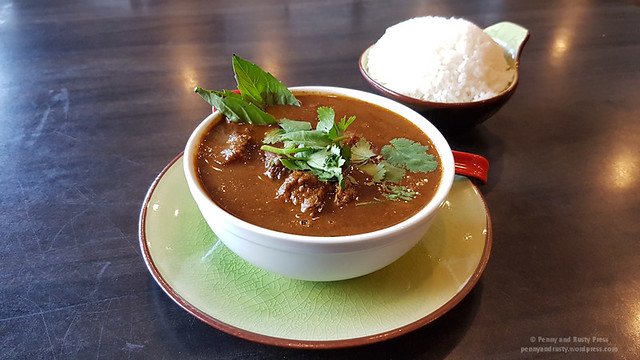 When I returned for a revisit a month later, I noticed that they had some more lunch specials offerings which hovered around $10 (while their lunch set combos were roughly $13-$16). I spotted the Stir-Fried Brussels Sprouts with Chicken ($10) previously and I wanted to give that a try. 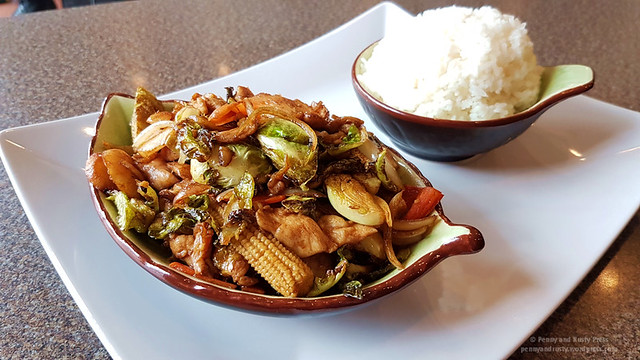 I wouldn’t really consider this a Thai dish as it’s basically just a stir-fry that you’d find in any asian restaurant. That being said, it was pretty good. There was a combination of shaved carrots, baby corn, onions, and crunchy water chestnuts mixed with the chicken and brussels sprouts.

Overall, there are some pretty good dishes here if you know what to look for.