Pacific Garlic Shrimp (Hawaii 2016) – Why Go To The North Shore?

Okay, so everyone that comes to Oahu has probably heard about the awesome shrimp trucks that they have on the North Shore. But if you’re staying in Waikiki, it’s a bit of a far trip just for a couple of shrimp. That’s not to say the North Shore doesn’t have other great things to look at (or great places to eat). It’s just that it’s not always convenient to drive up to the North Shore when you get a hankering for garlic shrimp.

We were surprised on our last visit to Oahu in August to find a garlic shrimp stand right on Kalakaua across from the beach. Unfortunately, we didn’t get to try it at that time. But I knew to keep a look out for it on this recent outing.

Sure enough, while we were walking down the beach this past April, we were hit with the distinctive aroma of garlic wafting through the air. The Pacific Garlic Shrimp stand is located on the corner of Liliuokalani Avenue and Kalakaua Avenue, outside of the Pacific Beach Hotel. Actually, their awning is simply emblazoned with the words “The Best Garlic Shrimp” followed by the rhetorical question “Why go all the way to the North Shore?” 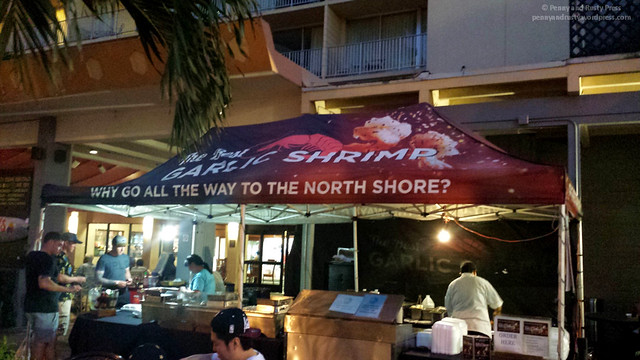 They’re open Wednesdays to Sundays from 12 noon to 9pm. We came by for our first foray after watching the sunset at the beach. We weren’t really hungry but we couldn’t resist giving it a little try. Their mini shrimp plate is $8 and comes with rice and salad along with 5 shrimp covered in a creamy garlic sauce.

These shrimp were a lot creamier than the ones we had at Giovanni’s on the North Shore. I’m not sure if I would say these were the best shrimp… but they were pretty darn good. 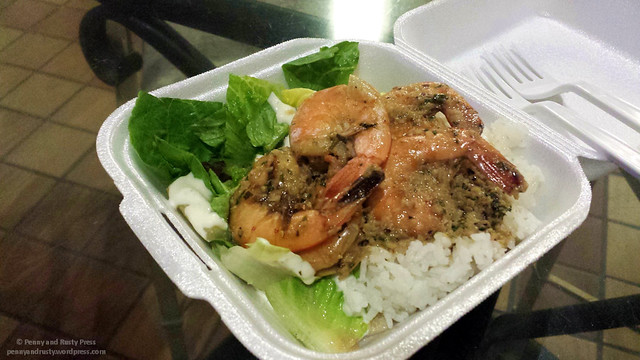 We actually did quite enjoy them and wound up coming back a couple of days later… again, after night fall. I could really get used to this… 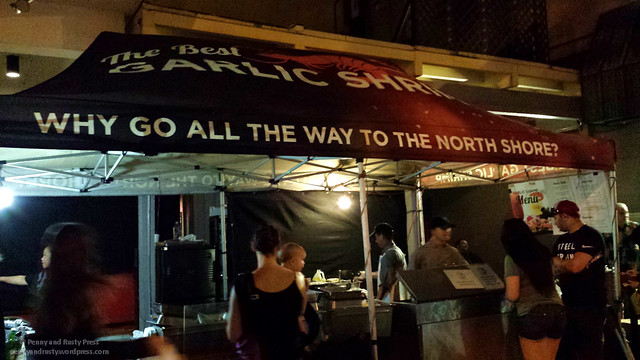 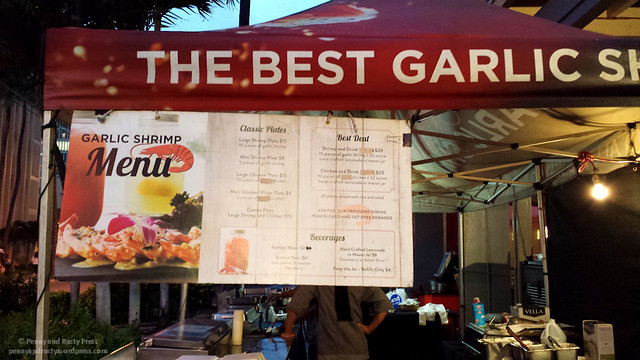 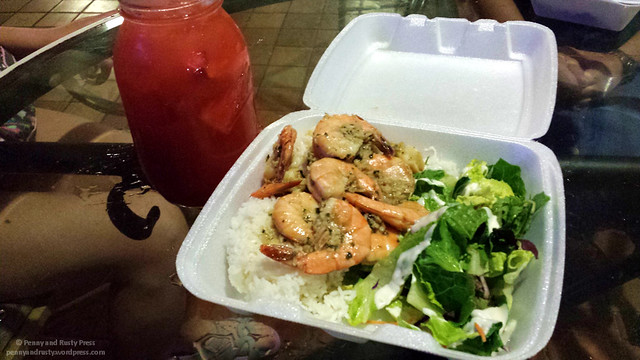 I didn’t want to eat all of that rice because I was already full… but it just went so well with the garlic sauce. 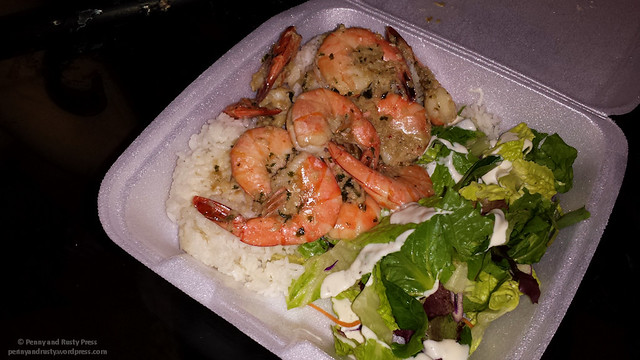 So, if you’re craving garlic shrimp in Waikiki… there’s a great option for you to grab some garlic shrimp and then walk across the street to the beach.